From Heather Chandler’s red scrunchie to Sandy’s makeover at the end of Grease, movies and TV shows are full of iconic looks. But is there any significance behind Blair Waldorf’s plaid skirts or Spongebob’s striped sweater? Surprisingly, there actually is.

Symbolism and character exposition can be found hidden in plain sight right inside a character’s closet. An outfit carefully selected by a TV show or movie’s costume designer holds a lot of meaning.

By the way, Forrest Gump’s mama wasn’t kidding when she said that “there’s an awful lot you can tell about a person by their shoes.” In the opening sequence of Alfred Hitchcock’s Strangers on a Train, the two main character’s feet are introduced before the audience gets to see their faces. 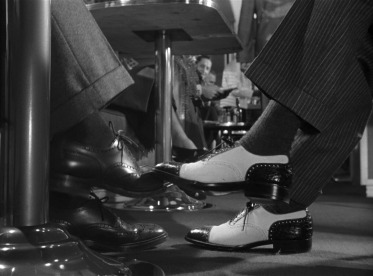 Just from these character’s shoes, we already can understand parts of who they are and how they will contrast one another.

Need another example? In Black Panther, the all-female Dora Milaje wears a uniform of silver armor.

Their General, Okoye, also serves as an advisor to and personal bodyguard of the king. In order to distinguish herself as higher in military rank and as a confidant to the king, she wears armor made from the metal one step above silver and most closely associated with royalty: gold.

Let’s talk about color. I know you’ve all been frustrated in an eighth-grade English class when your teacher swears that the author made the curtains blue because they symbolize sadness. But sometimes color really can be symbolic of what a character is feeling, especially when they’re wearing it.

In Edgar Wright’s Baby Driver, the protagonist of the story, Baby, lives a double life. One as a getaway driver under the thumb of a violent crime boss, and the other as the caretaker of an elderly deaf man. How best to dress a character to reflect contrasting lifestyles? Put them in black and white! 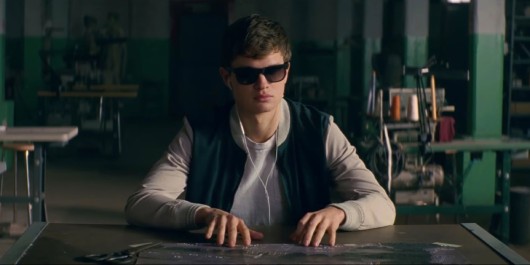 As the plot advances, Baby’s two sides begin to bleed into one another, and his undershirt changes in a reflection of the developing gray area. Just take a look at these two outfits, one from the beginning of the movie, and one from the end.

Now let’s talk about Heathers. In the 1988 teen cult classic movie, the three title characters each have their own monochromatic wardrobe, color-coordinated perfectly to each girls’ personalities. 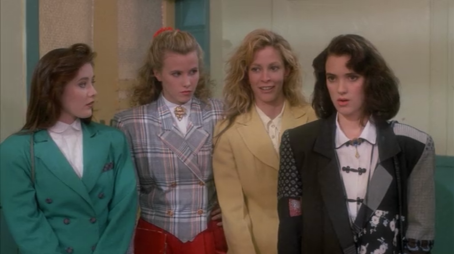 Heather Chandler, the leader of the shoulder pad wearing wolfpack, dresses predominantly in red. Red is the color of love and lust, so it’s a perfect fit for Westerberg High’s own sex symbol. Much to her chagrin, Heather Duke is Heather Chandler’s second in command and is unspeakably jealous of her friend/master. As such, she dons nothing but green, the color of envy. And lastly, Heather McNamara, the group’s personal Little Miss Sunshine wears the color of friendship and innocence: yellow.

So the next time you’re watching one of your favorite TV shows or movies and see a Halloween worthy outfit, ask yourself, “why is that character is wearing it? What can we learn about what they’re going through or what they’re thinking because of it? Why does Dwight Schrute wear so much mustard yellow? Where did Sandy get those curls? And is Spongebob right about striped sweaters?”

Need help starting a business? @emmalouthelabel owner and guest writer @emmamvollrath teaches us some tips to grow your brand! Check it out on our site ❤️
Take a moment to read about @asufashionprogram professor Joanna de’Shay and how schools should include diversity, equity and inclusion (DEI) in their fashion programs! Link in bio 💙✨
Need help choosing new makeup for the summer? We’re here to help! @graceetaco gives her review of the @fentybeauty Eaze Drop skin tint on our site. What’s your go-to foundation? ☀️
In @gulabiseher’s story, she discusses how violence against the Asian population is a by-product of the hyper-sexualization of Asian women in media throughout history. Read this powerful piece on our blog at the link in bio.
Want to shop designer clothes for cheap? @40oztwofreedom created a guide to shopping secondhand designer clothing online! Check it out on our website 👜❤️
Have you listened to Fearless (Taylor’s Version) yet? Tell us in the comments your favorite song from the album and check out our article from @miri.heinrich! ❤️✨
@morganrcole talks about how TikTok is being used to help those experiencing disordered eating in her latest article!
Spoon rings are sustainable and a great way to support small artists according to @ellahoching’s article for our blog! Check it out at the link in our bio for some of her favorite flatware businesses🥄
Does playing hard to get actually work? Make sure to check out our podcast “He Said She Said” hosted by @jackwu_ and @mckenna_nicolel to find out!