Imagine sending out a risky text, spilling all of your feelings to the person you’re crushing on and getting absolutely no response… most of you don’t have to imagine this. For most of us this happens, all the time.

According to the results from our Instagram poll, 59%, more than half of us have been ghosted. My question is why? Why does this happen so frequently, and why is it so hard to just communicate?

How do we solve this problem? How do we as women communicate our feelings without always being ignored or afraid of the possibility of being ignored? Well, that’s something I’ve been trying to figure out myself. I can remember two distinct times this has happened to me, and each time hurt just as much. 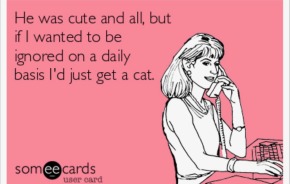 The first time I experienced this was when I was a sophomore in high school. I had the biggest crush on this boy, and I was convinced he also felt the same way. So I sent him a long text telling him how I felt and asking how he felt. Well to this day I still don’t know the answer to that question because he never responded. I was heartbroken and beyond embarrassed.

The second time happened recently. I was talking to this guy and things were going really well, at least that’s what I thought, and then one day he just stopped replying. I was confused and upset over it so I did what I always do and I communicated these feelings with him, explaining how I was confused and that I just wanted honesty.

Well, I bet you can guess what happened next… he never replied. That day I felt discouraged and sad, and I told myself I was done communicating my feelings with people who aren’t going to communicate back. 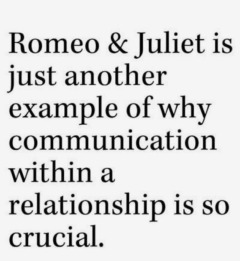 I know I am not the only person to feel like this, 59% of you have also felt like this. I know in the moment of being ghosted we say to ourselves “I’m done giving my heart to people” or “I’m never telling anyone how I feel ever again.” While I totally understand these reactions, don’t let the non-communicators win.

Being able to communicate how you feel and why you feel that way is an amazing gift and we need more people like that in the world. If someone ghosts you, it’s their loss for not getting the chance to know you; and if someone blatantly does not reply to a message where you decided to be vulnerable that’s not a reflection of you, that’s a reflection of them and their inability to be vulnerable with others.

My advice to all 59% of you is to continue to communicate those feelings and don’t ever let anyone make you question your gift of being able to be open with someone. We’ve all been hurt and embarrassed but what really matters is your resilience to it all.

Don’t dwell over the people who make you feel stupid for being vulnerable, instead thank them because in the end the communicators always win.