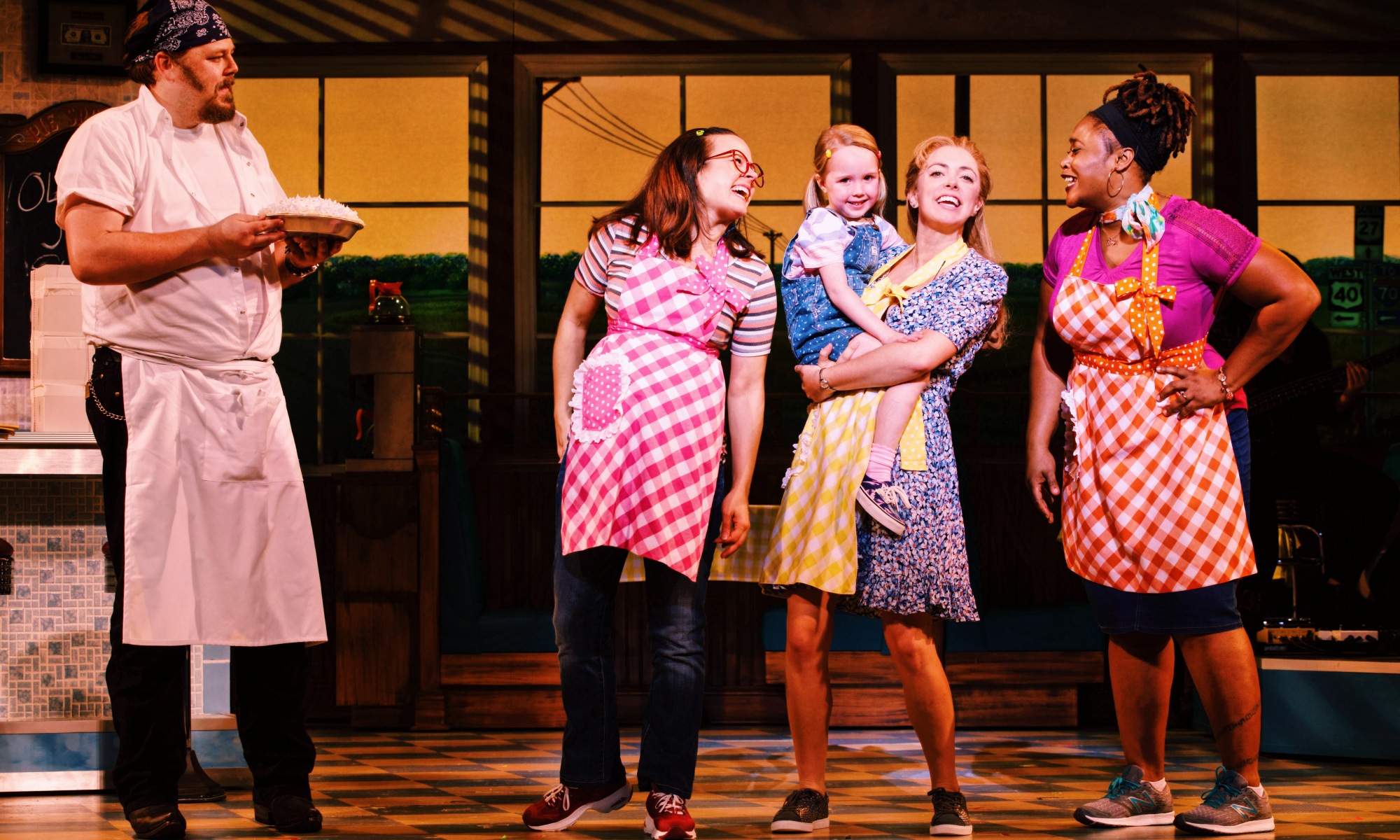 I would like to start this review with an apology to the person I was sitting next to, because I was laughing a little too hard and a little too loud the entire time at “The Waitress”. Tip to anyone thinking of seeing this musical: You might want to bring tissues, not for tears of sadness, but for wiping tears of straight-up belly laughing joy.

The waitress named Jenna, played by Christine Dwyer, is going through some very troubling times as she finds out that she is pregnant. Obviously, this is usually a happy sentiment but her husband is abusive and overall not the best guy. She falls for her doctor, Dr. Pomatter played by Bryan Fenkart. Jenna’s quiet and low self confidence is taken away by this zealous, almost obnoxiously adorable doctor who is just head over heels for Jenna (and her pies). Basically, their love story begins with love at first bite. And I have to say after seeing that show, I fell in love too, just minus the delicious pie unfortunately.

Throughout the show, Jenna cooks up deep shit, or should I say a deep dish concoction of a mess (you’ll understand that innuendo when you see the show. You’re now more intrigued right?)

Great! Now that I have your attention, go see the show! Not just for your amusement but for your soul. The sarcasm, the comedy and the beautiful sunsets created on stage will leave you craving more. The actors and actresses in this show brought their “A” game. Their witty one liners, jabs and punches were fresh yet articulate. I was surprised at how in sync the whole cast truly was. The charisma the characters had with each other seemed so natural, and there was so much chemistry between the characters throughout the whole show. Jeremy Morse, who plays Ogie, and Lenne Klingman, who plays Dawn, notably nailed their song “Never Getting Rid of Me”. They both bring a quirky and nerdy element, balancing out the mixture of other personalities in the show.

I had never seen another Waitress show so I was expecting Ogie to play a very minor role. He plays Dawn’s love interest throughout the show and at first seems like he will not have many lines but no, he breaks out in song and dance like only Troy Bolton can. But it is even better because it is so unexpected.

Sara Barielles created the music for the musical and played the Jenna character several times on Broadway as well. Her writing style is very distinct as it is very whimsical on the surface, but very multilayered at the same time. Every song might seem upbeat and carefree, yet the lyrics add so much depth that reveals the characters true motives and underlying vulnerabilities.

The music along with the character’s personalities themselves invites audiences in with open arms to Joe’s diner, where Jenna and the two other waitresses work. Audience members can kick back, grab a seat and wait to be served. You may not get pie while you’re there, but you will fill that sweet craving with many smiles and many laughs.

For information on tickets click here. “The Waitress” is playing now till October 7th.