If you’re somebody who’s always looking for a new show to watch (like I am), then look
no further! I’ve compiled a list of my favorites – as well as some that I have yet to watch
– so that you can find the very best shows to binge this holiday season.

Set in the 1970s, this show takes viewers into the minds of criminals, through
investigations led by two FBI agents – one of whom is Jonathan Groff.

It has great reviews and is said to be an intense show that delves into the sociology behind tough crimes and murders. If you’re looking for a hard-hitting crime drama, this one’s for you!

For those of you just looking for an all-around good show, this one is a must. Combining
sci-fi, drama, mystery, comedy and even a little bit of romance, the Duffer Brothers
have turned Stranger Things into a worldwide phenomenon.

With an amazing cast and a constantly engaging storyline, this show is definitely something you should see – if you haven’t already!

Have I seen it? Yes! Would I watch it again? Absolutely!

Though the seasons are few and far between, the intricacy of the plot and the creative
intelligence of the actors help to develop a show that has astounding reviews from
people all over and of all ages.

If you’re an avid fan of Lucy Maud Montgomery’s stories, then you’re in for a treat. This
adaptation of the novel, Anne of Green Gables, gives a slightly darker and more
involved twist to the tale of Anne Shirley, a young orphan who grows up on Prince
Edward Island in the late 19th/early 20th century.

A strong contrast from the 1985 miniseries adaptation, which closely follows the book, Anne With an “E” provides more details of the young protagonist’s hard past and takes more creative liberties with her storyline and character development – as well as those of the people around her.

Have I seen it? Yes! Would I watch it again? Most definitely!

Though it’s been around for a while, I had to include this one. This classic comedy is a
priceless television masterpiece and is a must-see for anyone who has some free time.

An insanely popular show based on an office of a normal paper company, it has hilarious
characters, relatable situations and stellar writing and acting. If you haven’t seen this already, then you absolutely have to, no question.

Have I seen it? Yes! Would I watch it again? Without a doubt!

Because I mentioned The Office, I have to talk about this classic as well. Slightly more
recent, this comedy follows the antics of a small-town Parks and Recreation department
in Indiana. 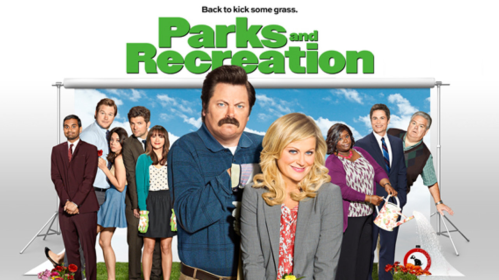 With big names like Amy Poehler and Chris Pratt (and although those two
are some of the bigger names, one should also take note that each person on the cast
is a comedic gem), this show is one you’ll be laughing at for ages. And just like The
Office, if you haven’t seen this one already, you must!

Have I seen it? Yes – not all the way through, though! Would I finish it? For sure!

Marvel’s The Defenders series brings together four superhero characters who each have their own individual series on Netflix. So that’s five shows you’ll need to see!

These other four shows, Daredevil (2015), Jessica Jones (2015),
Luke Cage (2016) and Iron Fist (2017) all are extremely well-written and well-acted
pieces, and will be great for any comic book fans, or even people who just want to find
new shows to binge! Although watching all five shows will be a process, I’d say that
based on the reviews, it will definitely be worth it.

What’s in your Netflix queue? Let us know in the comments!