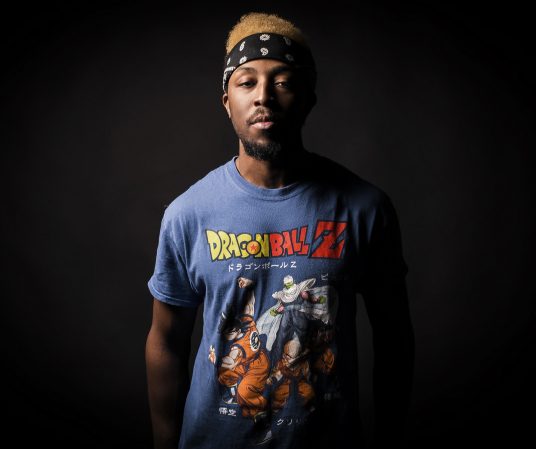 Don’t let appearances fool you, although Fransis Derelle might seem like your typical DJ,
he is anything but.

Derelle’s love for music began in high school while playing the trombone, and it has evolved into something a little bit different. That something different led him to the stage performing at Goldrush Music Festival.

It’s safe to say Derelle has changed a little bit since he was in high school and has chosen to pursue what makes him the happiest in life, despite his mother, who was at first against him dropping out of college.

Luckily, she has changed her tune and he now can count on her support.

Personally, he said his mother has been a huge part of his success, but when it comes to his music, Derelle looks for most of his inspiration in R&B such as 6lack, T-Pain and Keith Sweat, and even in video games. (Yes, something productive maybe can evolve from playing Call of Duty for five hours.)

Starting his career, Derelle sought out a stage name that meant so much more than just a name. Fransis Derelle’s real name is Auntuane Walker. His middle name is Derelle which he went by while working at a call center. While he was looking for “names that meant something” he found Fransis which means “free”.

“For me, I was saying, I was going to free myself from working a nine to five. I wanted my name to have meaning,” Derelle said.

Derelle was originally going to school to become a physical therapist, also working two
jobs, and on top of that, finding time to continue making music. He said it was a hard decision for him to decide to drop out of college, but ultimately knows it is what he is meant to do.

“Even though I don’t know if I will ever make good money making music, I just chose to
do what I love instead of pursuing a safe path,” Derelle said.

Derelle plans on seeing just how far he can take his music as it has already gained more
than six million views on YouTube and allowed him to do his favorite part of the job, traveling.

The end goal is to open a coffee shop in Denver, Colorado, but he is taking his time and
enjoying where he is now.

For more of Fransis Derelle, listen on Soundcloud and Spotify.