The pARTY, a black-tie annual fundraiser by the Phoenix Art Museum, took place on Saturday, February 28. Tickets to the event were $750 per person, or $7500 per table, and guests were treated to a night straight out of an episode of Gossip Girl—sans the Blair-Serena drama—and what would a night with Phoenix’s own New York-esque elite be without fashion?

It may not be fashion week any more, but while the catwalks wait, Neiman Marcus teamed up with the Phoenix Art Museum to present the Akris Spring/Summer 2015 collection.

Akris is a fashion house based in St. Gallen, Switzerland. The label has been around since 1922 as a family business. Albert Kriemler, grandson of Akris founder Alice Kriemler-Schoch, is the head designer and has worked for Akris since he was 20 in 1980. The full Akris Spring/Summer ’15 collection can be found here. 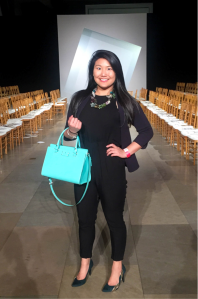 Andy Warhol was an iconic artist, most well-known for his pop art. Guests at ‘the pARTY’ were lucky enough to get a sneak peek at an upcoming Phoenix Art Museum exhibit in his honor.

As Mr. Warhol once said, “Fashion wasn’t what you wore some place anymore.It was the whole reason for going.”

Mary Way was one of many stylish guests at ‘the pARTY’ that let her clothes celebrate Andy Warhol for her.

The Andy Warhol exhibit will be available to the public at the next First Friday on March 6. 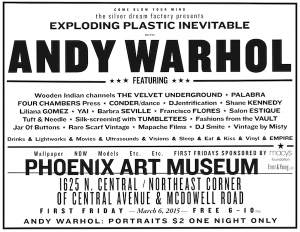 Other images courtesy of the Huffington Post, and the Phoenix Art Museum.