Pinterest: the website of planning our inevitable and elaborate futures. It is known to women (and some men!) all around the world that Pinterest is the place to plan your future wedding, what your children will wear and what you wish to attempt to cook for dinner. As you all know, Pinterest is popular for its trial failures when users attempt some of the millions of DIY projects (Ex. PinterestFail.com). Like most users, we were inspired by a particular pin and decided to have a friendship photo shoot to see if we could recreate the inspirational glitter photo pin. 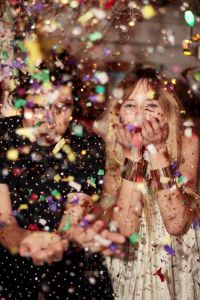 So, we grabbed our photographer, glitter and wardrobe and hit the road! We began our shoot with the glitter in order to “get the glitter out of the way” for the rest of our shots. We came. We saw. We failed. Our attempts to recreate the flawless image we saw on Pinterest were all failures, and messy ones at that. Ultimately, we decided that there were multiple factors to blame as to why our trial epically failed. 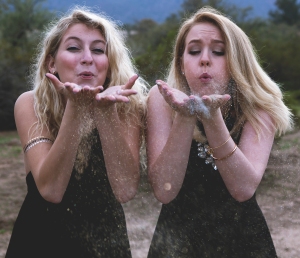 1.) We used glitter. Although the caption for the inspiration pin said that it was glitter, we have come to a conclusion that it was actually confetti, or a combination between the two. So, take our failure in stride, and don’t rely on the captions…anyone can change those!

2.) WIND! The weather can change what ultimately happens at a photo shoot and with the gusts of wind we were dealing with during our shoot, we discovered that the glitter blew onto our belongings off to the side of our set. No one likes to get glitter off of things, let alone jackets and backpacks used daily!

3.) The timing of our photos never quite panned out either. We were trying to both blow the glitter at the exact same moment, but with human error it could not be done… and our awkward facial expressions were just the icing on this multi-layer failure cake.

So, we decided that the original idea was out and just started to laugh and have fun with it all! Our glitter filled photos turned into fierce and playful photos we all fell in love with. 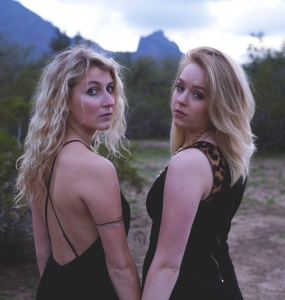 All in all, we took this photo shoot as a lesson. Although our Pinterest trial did not go according to plan, we still had fun with it. So, don’t let a little failure turn you away from Pinterest forever, you never know how great your unexpected trials may be.