This week on the Tempe campus, The Chic Daily spotted quite the collection of on-trend students. Leather moto jackets, overalls, camo print, tribal print and platform shoes were just some of the major current trends stylishly incorporated into students’ outfits. In addition, the ’90s grunge fall trend is being carried over into spring, as seen through flannel shirts worn around the waist and Doc Marten combat boots. And vintage bohemian is all the rage with the warm weather, as Daddy’s old t-shirts, feminine printed cardigans, and flowy loose hair are key components to compliment any stylish spring look. 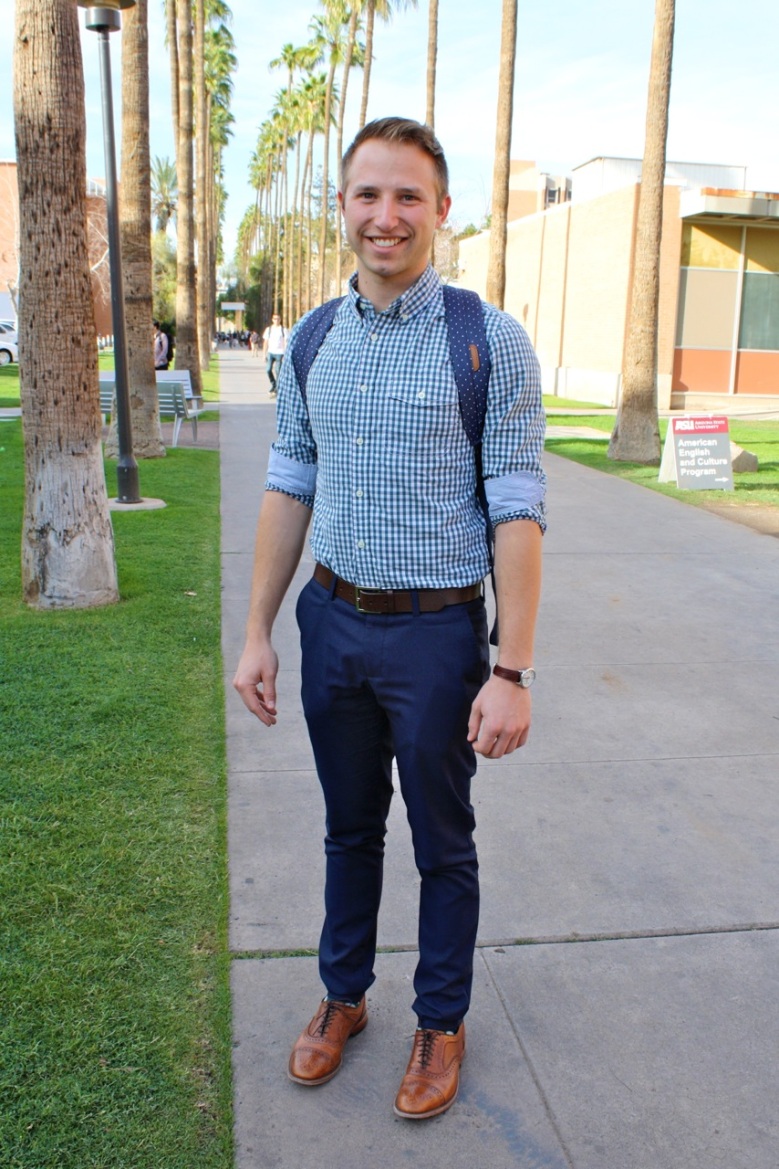 As a member of a rock band, it’s only fitting that Kyle’s style be influenced by rock, alternative and indie music bands.

If her love for style and fashion weren’t already evident enough, you would know by her list of style influences: Teen Vogue, fashion blogs on Tumblr and fashion photographs. 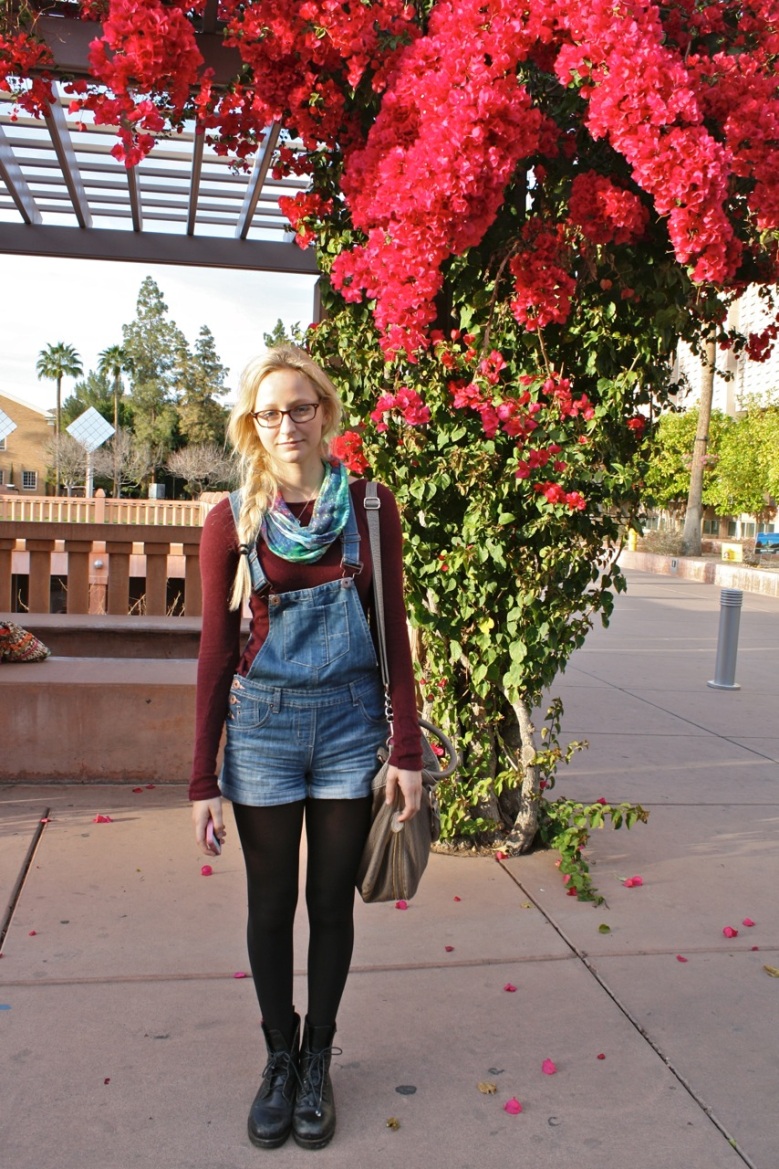 Megan loves her clothes to be ’90s inspired, earthy, feminine and fluid, depending on her mood.

Country boho is how Elizabeth describes her style, exhibited through pieces like her dad’s Jason Aldean t-shirt. 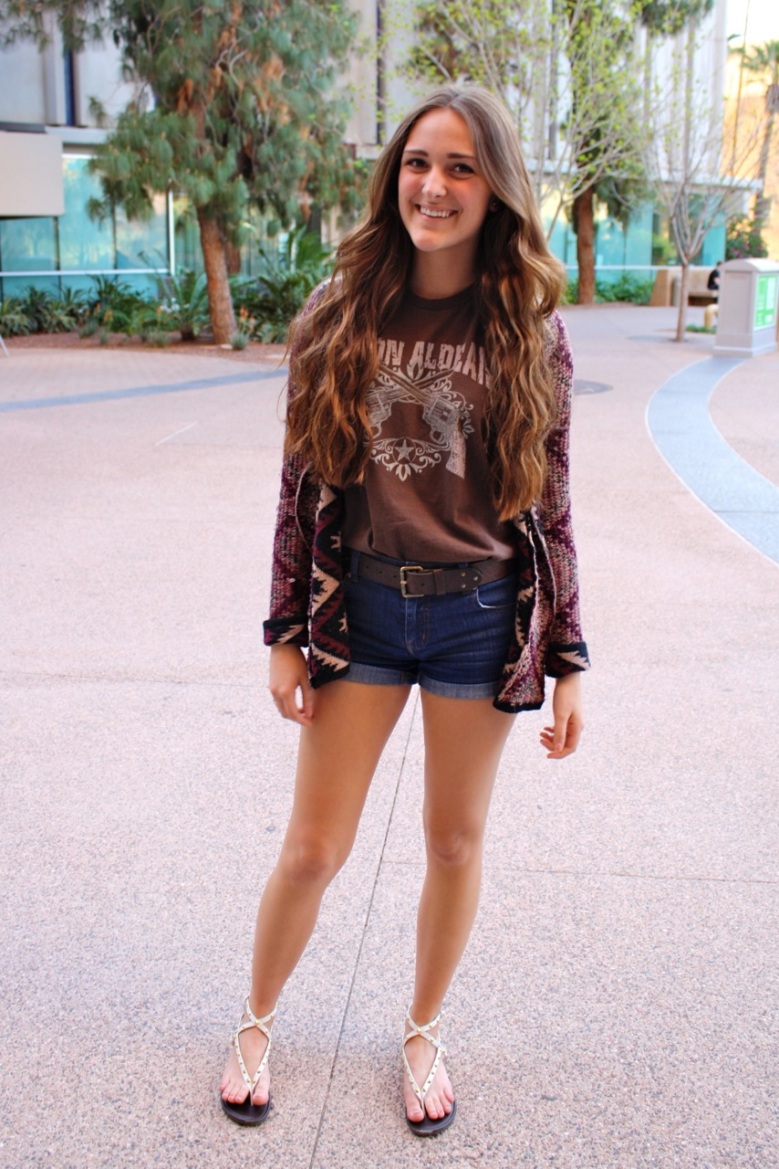 Aimee’s style consists of comfortable and eye-catching pieces, and she usually rocks more muted colors such as black. Like a true urbanite, she’s also influenced by street photography and Korean fashion. 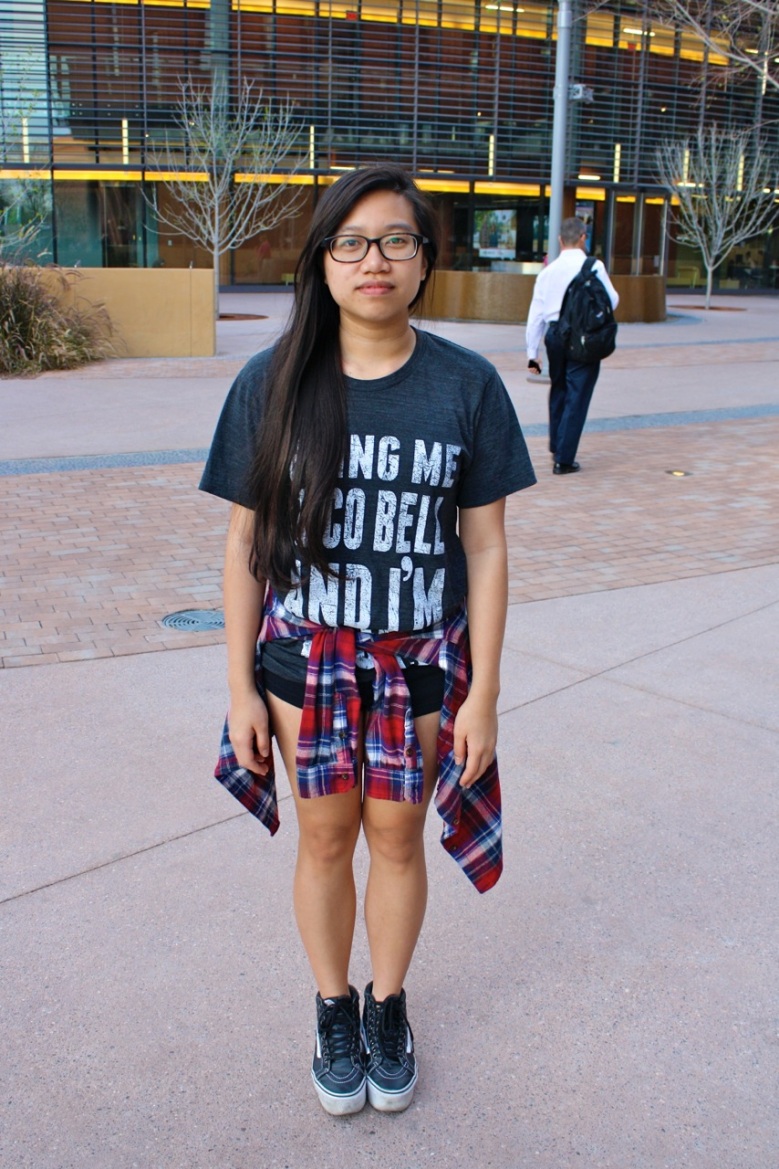 In @gulabiseher’s story, she discusses how violence against the Asian population is a by-product of the hyper-sexualization of Asian women in media throughout history. Read this powerful piece on our blog at the link in bio.
Want to shop designer clothes for cheap? @40oztwofreedom created a guide to shopping secondhand designer clothing online! Check it out on our website 👜❤️
Have you listened to Fearless (Taylor’s Version) yet? Tell us in the comments your favorite song from the album and check out our article from @miri.heinrich! ❤️✨
@morganrcole talks about how TikTok is being used to help those experiencing disordered eating in her latest article!
Spoon rings are sustainable and a great way to support small artists according to @ellahoching’s article for our blog! Check it out at the link in our bio for some of her favorite flatware businesses🥄
Does playing hard to get actually work? Make sure to check out our podcast “He Said She Said” hosted by @jackwu_ and @mckenna_nicolel to find out!
@_bellaschneider’s story on our blog introduces alternative-folk artist Remi Goode, a Tucson-native and ASU student who just released her latest single “Safe Silence”! Check out the story and a sneak peak of her single at the link in our bio🌟
Don’t forget we have a meeting tonight at 7pm! We’ll be discussing Exec board positions and @mckenna_nicolel will be hosting a writing workshop💫 Zoom link is in our bio, see you tonight!
Myra Khan talks modest fashion and the power of choice in her latest article! Click the link in our bio to check it out 💚