This week on the Tempe Campus, The Chic Daily captured a unique set of trendsetters. The style of each student photographed is influenced by a certain part of culture. Television personalities, blogs, technology, actors, musicians, movies, and style icons have all played a significant role in the outfits and freedom of expression spotted this week. Check out our favorite picks and their inspirations!

Though Meghan generally “goes with everything”, her sported outfit was influenced by the phone application Vinted, which she describes as “Ebay for fashion.”

As if it wasn’t obvious enough from the adorable glasses and hairstyle, Jessica credits her style inspiration to the 1950’s, and the actress and style icon Audrey Hepburn. 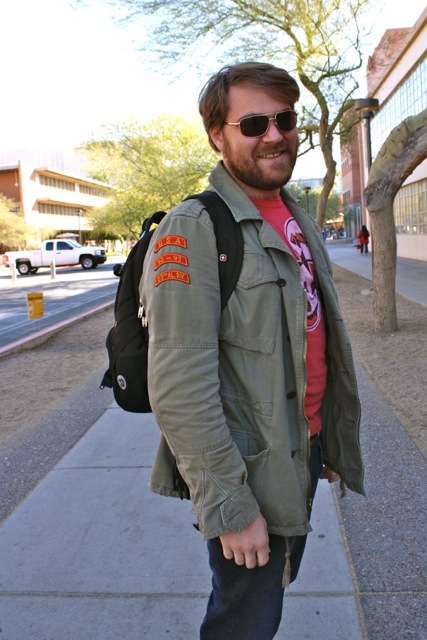 Filmmakers Wes Anderson and Woody Allen are huge inspirations for Rose, as well as her friends and roommates (shown).

India credits her style inspiration to various street style blogs and photography. We hope she starts following ours!