This week, the major trend that The Chic Daily spotted was the representation of one single look. ASU students on the Tempe campus love to incorporate various trends and looks into one outfit, but this week they were all rocking one single style. Good thing they rocked them well, because even die-hard punks, preps, and bohemians need some style inspiration now and then. So no matter what single style dominates your looks, prepare to be inspired.

Though she loves the ’80s and other retro looks, Deandre’s constant inspiration is the decade of the ’90s. 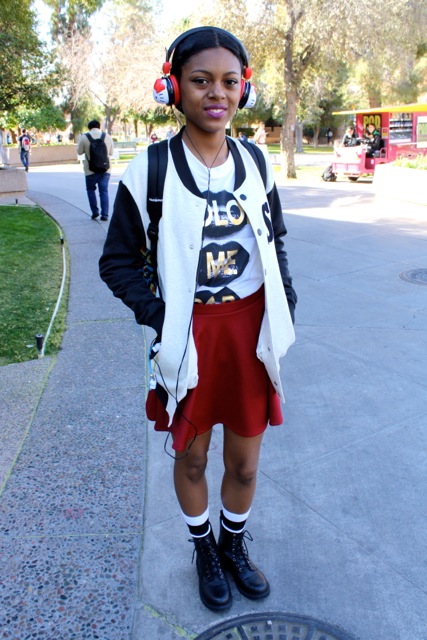 Following in the footsteps of Justin Timberlake, Tim loves his “shirt and tie,” necessities for his prep style.

Of her laid back, boho style, Caroline said, “I wear whatever is comfortable, but it helps if it’s cute.”

Henry loves sticking to what he wears well: urban looks.

Layal tries not to be too girly as she styles herself in looks that are edgy and rock-inspired, naturally all in black. 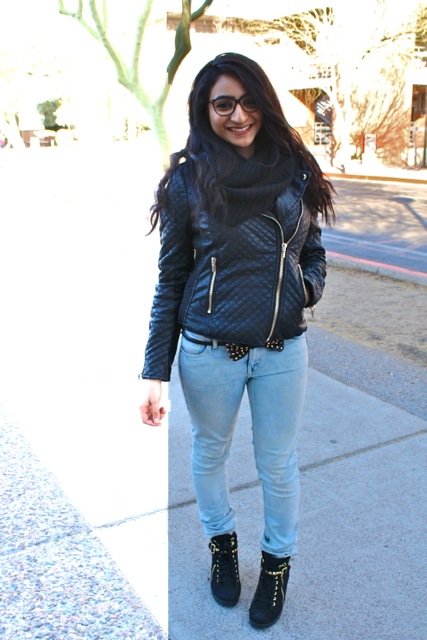