Downtown Phoenix is not your typical city. Newly renovated buildings sprawl up around old ones. Murals are painted on various buildings. Coffee shops have notorious reputations. It doesn’t take long for a person to realize that the heart of downtown lies in its art and culture.

Hidden gems that I recently discovered in downtown are vintage clothing stores. At first, I never pictured Downtown Phoenix as a desired location for vintage retail. But, after visiting Antique Sugar my initial beliefs were pleasingly proved wrong. 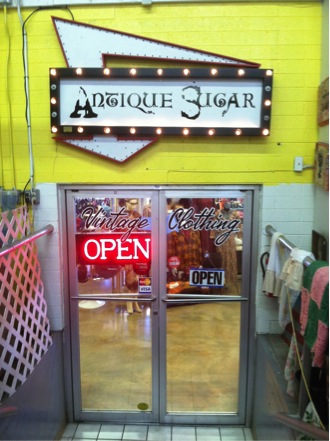 Located at 724 W. Indian School Rd., the vintage clothing store is nearly hidden inside a warehouse that at first displays antique furniture and collectibles. However, near the back of the building a retro sign with an arrow reveals the entrance to Antique Sugar.

After walking through the doors, you are pleasantly overwhelmed by mannequins and several clothing racks that display pieces of clothing from as far back as the 1920s.

Anna Marie Sanchez, the co-owner of Antique Sugar, explained why she chose to nestle her vintage clothing store in Downtown Phoenix three years ago.

“It’s the cultural epicenter of Phoenix. Not a lot of suburbs are into vintage,” Sanchez said.

Sanchez was initially attracted to the Phoenix area because of its diversity. There is not just one specific type of people in downtown and that is best displayed through the different types of restaurants, shops, museums and events located in Downtown Phoenix.

“There is so much that happens down here, so many events. There’s festivals, there’s like you know you got First Fridays, we do third Thursdays. There’s all kinds of stuff,” Sanchez said.

Not only does downtown host other vintage shops, but many of them stick together and support each other.

“It’s cool because all the vintage shops down here, we all have like a major sense of community. We all hang out all the time,” Sanchez said. 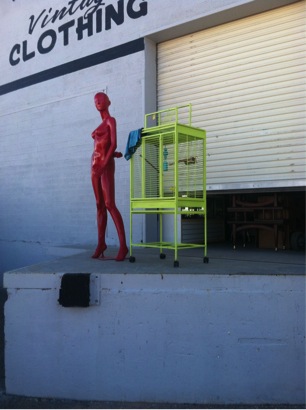 With such an upbeat atmosphere, it’s no wonder the vintage stores are such a huge hit downtown. Art seems to bring the city together and vintage clothing is just one form of art that attracts various customers.