We have to admit, two thousand twelve was a great year in fashion with studs, neon, sheer tops and collars galore. However, there were some trends and fads this year that are so outrageous we must say “leave it in 2012!” Here are the top seven most unflattering looks that should not make it to the new year:

Who wouldn’t want to look like MC Hammer showing off his moves in a music video? Uh, we wouldn’t! It seems there is no end to the harem “drop crop” pants (literally!) that made a statement this year. While these pants evoke many personas, such as a gypsy or a pirate, fashionista isn’t one of them. These pants make you look crotchless and wide in the thighs. So if your New Year’s resolution has anything to do with dropping a few pounds or just looking your best, then ditch these drop crops for a 2013 done right.

“Colors of the Rainbow” Hair

Two thousand twelve saw almost every color on the spectrum, not just in our bright neon clothes but in our hair! Millions of girls took on the Katy Perry look, with fully dyed purple and even grey hair (we’re still confused why you would want to look twice your age). Another colorful hairstyle was dip-dyed ends with different shades of blue and pink ombré. While a pop of color could never damage a look, it can damage your hair, leaving it stripped and appearing unnatural. In a new year where finding a job is on the top of the to-do-list, you don’t want to step into an interview with hot pink hair, coming off young and wild. Try going into the new year with a more natural and grown up look! 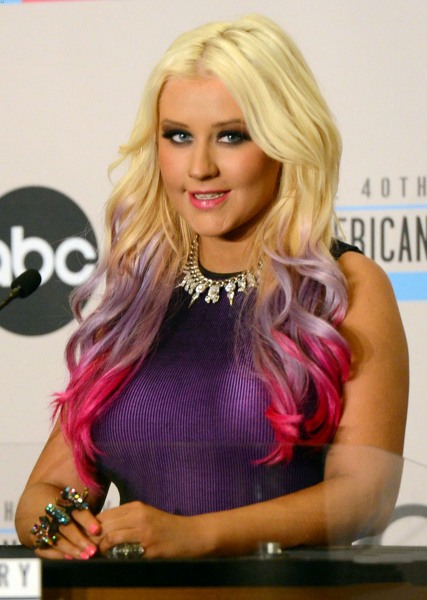 In a blast from the past, “Hello Kitty” made another (not so) grand appearance into the fashion world in 2012. While the white whiskered face was not seen on the runways, it could be seen in stores such as Target on purses, accessories, and clothes. It also inspired an even bigger cat craze this year. While the cute cat captured our hearts growing up, we’ve moved on and so should you.

Originally famous as Billy Ray Cyrus’ hairdo, “the mullet” moved its way to skirts and dresses this year. The appeal of this style is that it provides a sexy yet classy look, with a short flirty front, yet a long elegant back. However, this trend is not one for all shapes and sizes. The “mullet dress” is also impractical because it isn’t dressy enough to wear to a fancy event and it can be awkward at a more casual one. The 80s called, they want their mullet back and 2013 can’t have it! 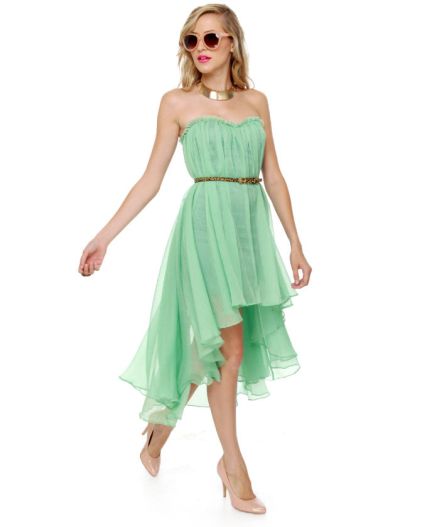 We all remember the comfortable onesie pajamas we wore in our toddler years. However, the onesie in the fashion world includes rompers and jumpsuits, covering your body in one unflattering piece of fabric. Both looks do nothing for your body, except make it appear like you are lacking in the bottom area and are at least four months pregnant. Although they easily pull you in with their pretty fabrics and considerable appeal, the onesies will quickly pull you down to your toddlers years again, whom they are meant for in the first place. Avoid these items and look your age!

Two thousand twelve saw the rise of two new kinds of wedged shoes: the curved-wedge platform and the wedge sneaker. Inspired by Lady Gaga’s bizarre style and athletic femininity, these shoes defy gravity and make it look like your planing on going to the gym after your friend’s party! Ditch the wedges, and choose some of the more flattering and sensible shoe fads from this year, such as the chunky heel, loafer heel, or the studded heel.

What began as a term for someone who strays from popular trends quickly became an icon for a popular fashion trend of 2012. While the “hipster” fad encompassed numerous looks, a couple that stood out were “flasses” and mustaches. If wearing glasses even though you don’t need them seems ridiculous, it is! While this trend came in handy for the days when you just want to feel smart or to complete your nerd outfit for Halloween, “flasses” or fake glasses just don’t make sense for any other day of the year. We also saw mustaches on top of mustaches in two thousand twelve, overdone and put on shirts, purses, jewelry, etc. Leave the mustaches to the men and go for a clean-shaven look in the new year! 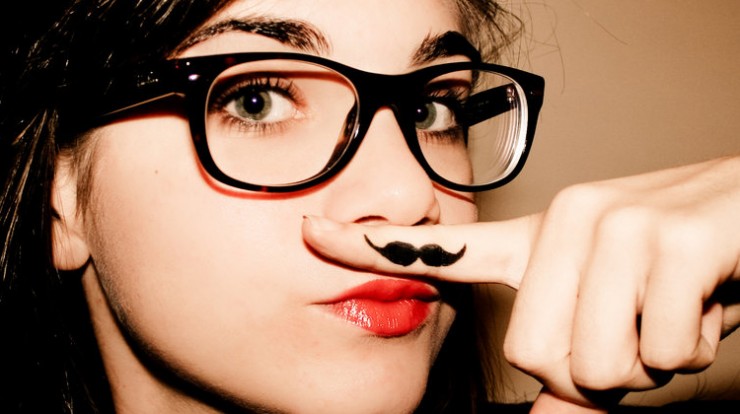