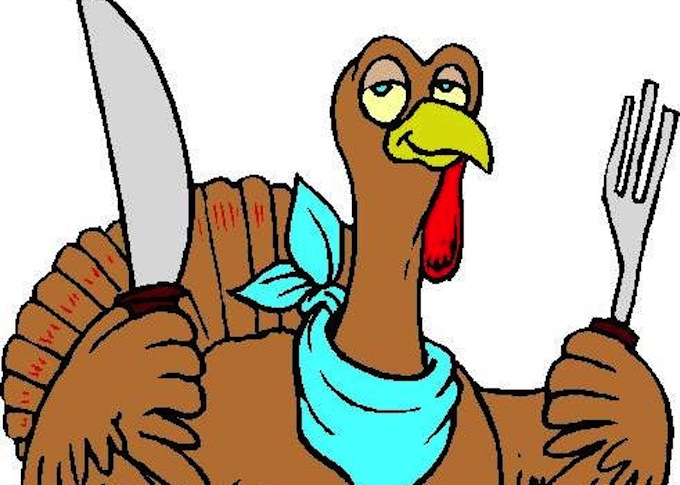 When it comes to Thanksgiving, the first thing that comes to mind is food—  and loads of it! The sad part is that there never seems to be enough room in one person to thoroughly enjoy every tantalizing item that is placed in front of us. But who is to say we won’t try, right? The only problem is we end up feeling like it’s just too much, but by then it’s already a little too late. And that’s not okay! So instead of doing post damage control, I’ll give you some guidelines on avoiding that terrible food coma feeling and actually enjoying all your favorite Thanksgiving dishes.

Let’s start with two of the most popular Thanksgiving foods known to man —  turkey and stuffing. Did you know that the dark meat of a turkey (legs, wings, etc.) are packed with sodium and have more calories than the white parts? It’s true! On average, six ounces of white meat from a turkey has almost 300 calories according to lovetoknow.com. Therefore, when choosing between the two, definitely opt for the white meat version to avoid extra calories.

As for stuffing, one cup of this bad boy can have up to 400 calories! Don’t fret, because (removed semicolon after ‘fret’ and replaced it with a comma per proper grammar; added ‘because’ for clarity) by limiting butter or avoiding it altogether (replaced ‘all together’ with proper spelling ‘altogether’), and using low fat ground turkey and turkey sausage instead of pork and beef, you’ll be good to go!

Up next we have mashed potatoes, the reason we have a hard time fitting into our skinny jeans the next day! (Maybe even that same day for all the potato lovers out there!) On average, just half a cup of mashed potatoes has 232 calories. Let’s skip straight to how to fix this problem. Once again, limit the butter, or avoid it altogether, and flavor it instead with roasted garlic, which is actually healthy for you.

Now let’s get to the best part, (in my opinion) the dessert! Probably one of the worst calorie bombs known to man: pies. One slice can have close to 400 calories. An easy fix is to opt for a crustless pie, so you can still have your pie and eat it too!

I know you probably think I am ruining your Thanksgiving, but it’s best to know your options. If it all seems like it’s taking the fun out of your Thanksgiving just keep this one golden rule in mind: everything in moderation. So make your Thanksgiving special your way, and I hope you have an awesome time with family and friends. Considering this holiday only comes once a  year… Eat up!