As the presidential election nears, promises and predictions are made for the next four years. Everyone is looking to the future to see how either President Barack Obama or Mitt Romney will lead the country. While the two candidates are getting most of the attention, their wives, Michelle and Ann, respectively, are getting their fair share of attention as well, for both their bright personalities and their keen fashion sense!

First ladies hold an important role in the White House. Not only are they important social and charitable ambassadors for the United States, but they also have proven to be incredible style icons for the country and the world. Let’s take a look back at some of the most fashionable first ladies in America’s history and how to emulate their iconic styles. 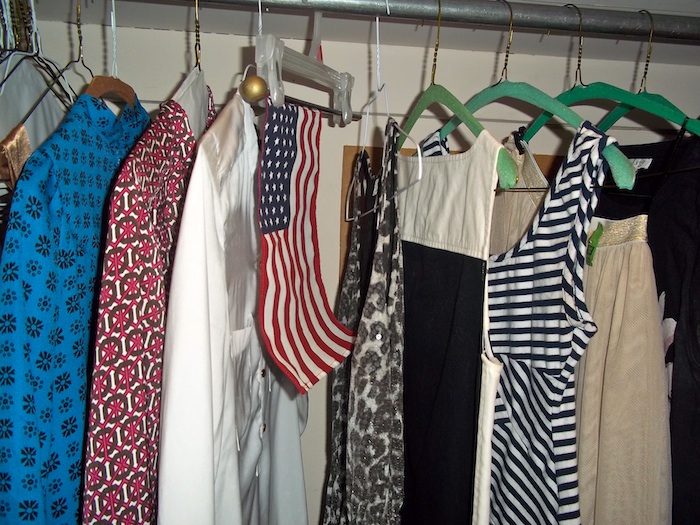 Frances Folsom Cleveland was the wife of President Grover Cleveland. Twenty-seven years his junior, Frances is the only woman in American history to marry a president while he was serving in the White House. She lived during the conservative Victorian times of the late 1800s and, as quite the style rebel, she chose to forgo the high-collar fashion of the times in favor of the neck-baring and sleeveless gowns. While this angered some of the more traditional women of the time, Frances didn’t care and continued to march to the beat of her own fashion drum. To channel Frances in your own style, pair an off-the-shoulder dress with some classic shoes and cameo jewelry for a Victorian touch.

Frances Cleveland by ellenkuni featuring a blue off the shoulder dress

Jacqueline (“Jackie”) Kennedy is an iconic woman. Her classic style has been emulated by all generations, and her name is synonymous with elegance and class. While her husband John F. Kennedy was in office, Jackie organized many White House events, including a restoration of the property.  Her pleasant personality earned her many fans in both the United States and abroad, and during a trip to Paris, John Kennedy introduced himself as, “the man who accompanied Jacqueline Kennedy to Paris.” Jackie’s style was very reminiscent of the times. She wore matching suits, tasteful dresses, pearls and long gloves. But, she made sure to allow her own sense of style shine through. She is widely remembered for her love of big sunglasses as well as bright colors. Always the supportive wife, Jackie never passed up the opportunity to ensure public approval of the White House. Valerie Steele, a fashion historian, says that Jackie “used the modernity of fashion to imply that her husband’s administration was young, modern and forward thinking.” Jackie wore a lot of pastel colors, so, to emulate her style, wear pastels in classic dress and shoe silhouettes along with dark sunglasses and pearls for a chic look.

Nancy Reagan is credited for bringing glamour to the White House. During Ronald Reagan’s time as president the two brought Hollywood style to Washington D.C. Nancy is remembered for her love of high profile, designer fashion. She often wore dramatic evening gowns, many in her favorite color, red. Designers were eager to dress her, which ended up garnering controversy when it was revealed that she accepted some free designer goods. However, it didn’t stop the Council of Fashion Designers of America to award her in 1989 a lifetime achievement award for her style. There’s no better way to imitate Nancy’s fashion than by sporting the color red! A red dress goes great with simple black heels and some sparkly jewelry for that glamorous Reagan feel.

Michelle Obama is a great example of a modern woman. Not only is she the champion of many current event causes like child obesity, she also showcases the fashion of some of the most contemporary designers. She helped bring Jason Wu to the forefront of the industry when she wore his white, one-shoulder gown to the inaugural ball in 2008. Some of her choice designers include Michael Kors, Rachel Roy, Tracy Reese,and Prabal Gurung, among many others. In 2009, Michelle graced the cover of Vogue for their spring fashion issue. She chose her own outfits for her spread, with Vogue editor-at-large, André Leon Talley saying, “She doesn’t need any help. She loves fashion and knows what works for her.” Michelle is admired for her toned arms, so, if you’re planning on taking some style inspiration from this first lady, wear something to show off your own! A one-shoulder dress is always a good choice and when paired with a simple, matching shoe, you have Michelle’s all-American style down pat.

The president may have a difficult job, but so does his wife! She has about 200 years of fashion icons to live up to. And since we all know that history repeats itself, the White House has plenty more fashionable women set in store to grace its hallowed halls.