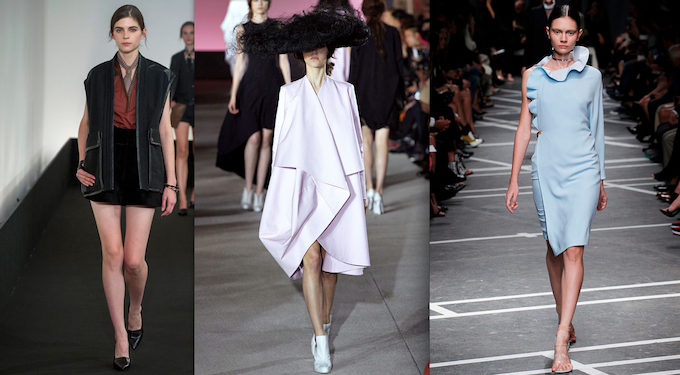 Sheer sophistication in light solid colors defined the styles that presented themselves down the runway of Sunday’s presentation of  Hermès, John Galliano and Givenchy during Paris Fashion Week. Whether it was a relaxed shoe choice or a bold head piece, each designer used their own astute statement to shine for the Spring 2013 collections.

There was no hesitation with mixing patterns with shapes or keeping it safe with solid colors. For business wear this spring, Hermès showed off bold shapes and tropical patters in both tops and bottoms as well as the polar opposite styles of solid-same-colored ensembles.

Headpieces do not have to stay in England this year, and they definitely have not left in style after the most recent royal wedding. Netted and fully shaped headpieces topped off John Galliano’s show.

Riccardo Tisci kept the tone of the Givenchy show quite calm, but definitely not unnoticeable. His plain colored selections of black, white and baby blue were decorated with plastic and translucent accessories in the forms of shoes and neckwear.